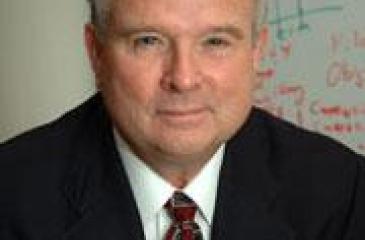 CTSI will honor James Cloyd III, PharmD, with its 2015 Mentor of the Year Award on Jan. 20, 2016 during its Annual Scholar Poster Session and Reception at the McNamara Alumni Center. Dr. Cloyd serves as professor of experimental and clinical pharmacology at the University of Minnesota College of Pharmacy, and serves as director of the Center for Orphan Drug Research, which develops orphan drugs for rare, pediatric neurological disorders.

Dr. Cloyd is a Morse Alumni Distinguished Teaching Professor, and the Lawrence C. Weaver Endowed Chair in Orphan Drug Development. Most recently, he was awarded the Sumner J. Yaffe Lifetime Achievement Award in Pediatric Pharmacology and Therapeutics by the Pediatric Pharmacy Advocacy Group, and was the recipient of the 2015 Rho Chi Society Lecture Award.

His research focuses on the clinical pharmacology of Central Nervous System (CNS) drugs. Dr. Cloyd received his BS in pharmacy from Purdue University and completed the combined PharmD/Hospital Pharmacy Residency Program at the University of Kentucky.

The CTSI Mentor of the Year Award, which is in its 4th year, is driven by mentees who nominate their research mentors. Nominations are reviewed by a committee of senior faculty who have extensive experience with research mentoring.

Letters from mentees and colleagues nominating Dr. Cloyd were full of praise and admiration for his multi-disciplinary and innovative, question-based approach, infectious passion, open-door policy, and belief in his mentees’ abilities, including:

“His multi-disciplinary approach to research makes his mentees well-rounded research scientists by enabling them to think about the “big picture.”

“Whenever I asked a question, Dr. Cloyd wouldn’t simply give me the answer; instead, he would encourage me to work through the logic of the question and answer it myself. His guidance in research has made me a stronger writer, presenter, and researcher.”

“Dr. Cloyd is the best thing that happened to my research career.”

“He has a long history of lighting the fire in trainees to generate new knowledge.”

Dr. Cloyd has advised more than 27 undergraduate, graduate, pharmacy, and post-doctoral students. In addition, he holds 9 Investigational New Drugs (INDs), and has served as principal or co-principal investigator for several Phase I through Phase III trials.

CTSI’s Mentor of the Year Award nominations are typically awarded in the fall and include selection criteria such as: assistance with guidance in research, interpersonal and motivational skills, promotion and career development, and mentor training record, and NIH biosketch.