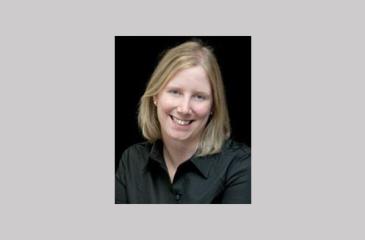 Minnesota’s largest newspaper (read by 1.4 million adults every week in print and online) showcased the Pediatric Device Innovation Consortium (PDIC) and its efforts to accelerate the development of new medical technologies for children. According to the Star Tribune story, this year the group of volunteers will award grants, start offering access to a new tech incubator, and launch a program that solicits public input about child health needs and device ideas.

CTSI’s Office of Discovery and Translation (ODAT) -- which supports early-stage translational research -- will provide PDIC with approximately $250,000 in funding in 2016 to support these initiatives. Part of the funding will go toward a joint grant program to support University researchers who wish to develop pediatric medical devices, and is set to release its next RFA this spring. The program has awarded six projects to-date, supporting three grantees in 2014 and three grantees in 2015.

What we’d like to do is take products as far as possible with university help, so that when they exit the university system into industry, they are much more likely to succeed.

Funding isn’t the only thing that potential devices need, as CTSI’s Sandra Wells, PhD, explained in the story:

“Really, the biggest gap at this stage is expertise and knowing the right things to be doing with your small amounts of money. If you don’t set that project up to be going on a track to be commercializeable … then it doesn’t matter how much money you put into it. If there is no [regulatory] pathway for it to get to patients outside of research, you could put millions into something and it’s never going to get there.” 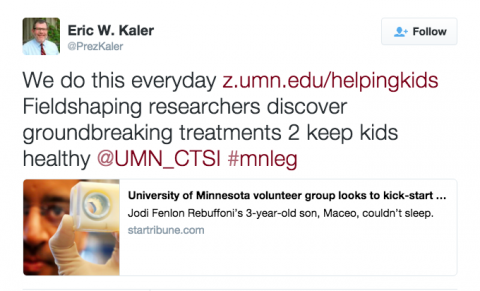 One of the ways PDIC is meeting that need is through its newly formed collaboration with non-profit DesignWise Medical, which will give PDIC-supported projects access to a tech incubator with industry consultants.

The Star Tribune article also highlighted an upcoming program that engages the local community, and was inspired by the experience of CTSI team member Jodi Fenlon Rebuffoni (which the article describes in more detail):

The PDIC’s most radical idea, compared to other pediatric-device consortia around the country, may be its upcoming project called the Community Discovery Program for Child Health Innovation.

The program will encourage parents of kids at Twin Cities hospitals to submit their ideas about ways that technology could improve their children’s health care. Although ads will be posted in university hospitals, the portal to submit ideas on PDIC’s homepage, www.pdicmn.org, will be open to anyone.

“It is not asking them to have the idea for a device. It is asking them specifically to describe to us an unmet need,” said Rebuffoni, whose experience with her son’s failed sleep-apnea test inspired the Community Discovery program. “I’m sure many parents feel like there must be a better way to do this and they just don’t have any vehicle to move that forward.”

The PDIC and ODAT will select several high-needs, high-impact problems as described by patients and their families, and will employ CTSI infrastructure and University of Minnesota resources to help develop novel medical device solutions.

Dr. Wells and Rebuffoni are both part of CTSI’s Office of Discovery and Translation (ODAT), which helps researchers put promising ideas and discoveries on the path toward improved human health.