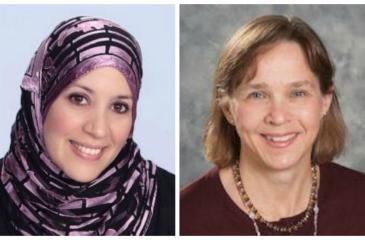 Stories in the Minnesota Daily and KSTP-TV described how researchers from the University of Minnesota and Children’s Hospitals and Clinics of Minnesota are teaming up to help Somali children and families better manage Type 1 diabetes.

The story from KSTP-TV, the Twin Cities’ ABC affiliate station, emphasized the importance of such a project:

The article in the Minnesota Daily -- the University’s student newspaper -- shed light on one of the educational topics the research team will tackle:

Sunni and Kyllo plan to create a list of typical Somali foods with their carbohydrate levels, which are a major contributor to worsening effects of Type 1 diabetes — data which, Sunni said, is new to the East African population in Minnesota. She said high carbohydrate consumption can also lead to high blood pressure.

Traditional Somali food is usually cooked from scratch, so families often are unaware of the carbohydrate intake, she said. And although some Somali stores list nutritional information on their products, families often disregard portion control, Sunni said.

“When you eat toast, you know exactly how many grams of carbohydrates you’re eating,” she said. “Somalis make their own bread from scratch, and they don’t know how much they’re eating.”

[...] The videos and pamphlets will also address the benefits of Western eating habits, like eating at certain times of the day, Kyllo said.

[Drs. Sunni and Kyllo] hope their education -- including videos produced in Somali language -- will be used not just here in Minnesota, but things will catch on and they’ll be used in Somali communities across the country.