There are more lesbian, gay, bisexual, transgender, queer, intersex, and other sexual and diverse (LGBTQI+) people in the U.S. than ever before. A wide range of factors influence LGBTQI+  individuals’ well-being, including social relationships, access to health care, structural stigma, laws and policies, employment, housing, the criminal justice system, and more. A landmark 2020 study from the Committee on Population at the National Academies of Sciences, Engineering, and Medicine found widespread gaps in data collection on the lives and experiences of sexual and gender diverse populations. These gaps have led to a dearth of research, policies, and programs that address the specific needs of LGBTQI+ people, families, and communities. This event will provide an overview of the report’s findings and recommendations and will discuss the ethical themes in LGBTQI+ health highlighted through the report, with a particular focus on intersex and transgender health.

This is an event of the Office of Academic Clinical Affairs (OACA) hosted by the Center for Bioethics and co-sponsored by the following U of MN units: the National Center for Gender Spectrum Health, the Institute for Sexual and Gender Health, the Medical School, the Department of Gender, Women, & Sexuality Studies, the Clinical & Translational Science Institute and the School of Public Health.

Kellan Baker, PhD, MPH, MA is the Executive Director of the Whitman-Walker Institute, the research, policy, and education arm of the Whitman-Walker Health System. Previously Kellan was a Senior Fellow at the Center for American Progress, where he worked on health and data collection policy at the federal and state levels and founded the Out2Enroll campaign, which helped the Affordable Care Act halve uninsurance among low-income LGBTQ people. Kellan currently serves as a consultant for the National Academy of Sciences, Engineering, and Medicine on a study assessing the health and well-being of LGBTQI+ populations, and he is an appointed member of an Academies consensus study committee convened to develop standards for the collection of sex, gender, and sexual orientation data for NIH. He holds a PhD in health policy and management from the Johns Hopkins School of Public Health, an MPH and MA from the George Washington University, and a BA with high honors from Swarthmore College. 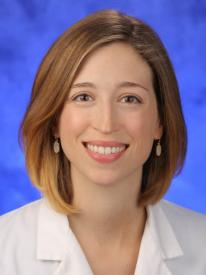 Katharine Dalke, MD MBE is an psychiatrist who specializes in the mental health of adolescents and adults who are LGBTQ or have intersex traits. She provides clinical care at the Pennsylvania Psychiatric Institute and Penn State Health Hershey Children’s Hospital. Dr. Dalke is an assistant professor in the departments of Psychiatry and Behavioral Health and Humanities at the Penn State College of Medicine, where she also directs the Office for Culturally Responsive Health Care Education. Dr. Dalke has served on the Consensus Committee for the report, “Understanding the Well-being of LGBTQI+ Populations” at the National Academies of Sciences, Engineering, and Medicine, and is currently serving on a Consensus Committee conducting a follow-up study on the Measurement of Sexual and Gender Diverse Populations at the National Academies. She also serves as a member of the Sexual and Gender Minority Research Office Working Group at the National Institutes of Health and on the Pennsylvania Governor’s Commission on LGBTQ Affairs. Dr. Dalke is a graduate of Haverford College and the Perelman School of Medicine at the University of Pennsylvania, from which she earned her MD and a Masters in Bioethics. She completed her psychiatry residency training at the University of Pennsylvania.