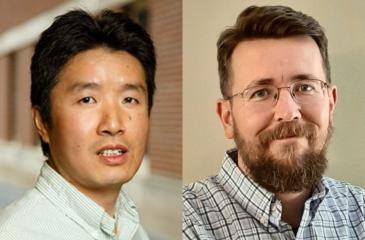 CTSI is pleased to announce Haitao Chu, PhD, MD, and Michael Evans, MS, have been appointed as Director and Associate Director, respectively, of CTSI’s Biostatistical Design and Analysis Center (BDAC). They succeed John Connett, PhD, and Cynthia Davey, MS, both of whom will be retiring from the University of Minnesota in late 2021, after years of dedicated service to our research community.

“John and Cynthia have made outstanding contributions to CTSI, for which we are so grateful,” says Daniel Weisdorf, MD, Deputy Director and Clinical Translational Research Services (CTRS) core Director. “I am confident that Haitao and Michael will contribute to BDAC's continued success in providing high-quality, scientifically rigorous design and analysis of clinical research as well as dedicated support to our research community.”

An orderly, gradual transition of responsibilities is underway. Haitao and Michael have begun taking on responsibilities of their new roles, which they officially assumed June 1. And John and Cynthia will continue to aid with the transition in the coming months in an advisory capacity.

John retires in December, and Cynthia’s retirement date has yet to be determined. Both of them have begun working directly with the research projects they support to prepare for the transition.

Welcoming Haitao and Michael to their new roles 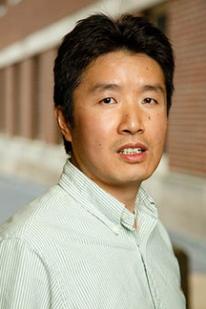 Haitao Chu, PhD, MD, will succeed John to direct BDAC and provide leadership for the Biostatistics, Epidemiology, and Research Design (BERD) component of our CTSA award.

Haitao is a Professor, Division of Biostatistics, who joined UMN in 2010 after holding faculty positions at Johns Hopkins University and the University of North Carolina at Chapel Hill. He joined the BDAC team in 2020.

As an applied biostatistician, Haitao conducts methodological research to solve complex statistical issues, motivated by collaborative projects of both observational studies and randomized clinical trials. Haitao collaborates with various biomedical investigators by providing a full spectrum of cutting-edge statistical consulting services. He has been a PI for several methodology grants and a primary data coordinating center faculty statistician for several large cohort studies.

Haitao has an MD from Sichuan University (Chengdu, China), an MS certificate in epidemiology from Peking University (Beijing, China), and MS and PhD degrees in biostatistics from Emory University. 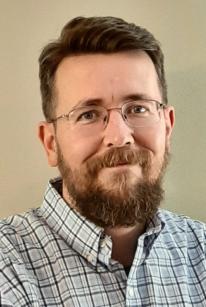 Michael Evans has 18 years’ experience as a biostatistician on a number of NIH-funded clinical research projects and will succeed Cynthia as BDAC Associate Director.

Michael joined BDAC as a Senior Biostatistician in 2019, bringing substantial experience in collaborative research, broad knowledge of statistical methods for a variety of settings, and a record of productive contributions to science, particularly in the areas of childhood and adult asthma. He previously held research positions at the University of Wisconsin–Madison, where he also received an MS degree in statistics.

Michael will partner with Haitao Chu, BDAC Director, to provide leadership in the development of statistical applications and initiatives and the management and day-to-day operations of BDAC. 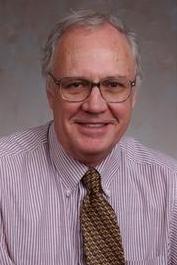 CTSI has been fortunate enough to have John lead BDAC since 2007. During this time, he made tremendous contributions to CTSI, building and sustaining collaborations with investigators across the University and beyond. BDAC flourished under his leadership, with the BDAC team growing from a few biostatisticians when he began to the 15 it has today, plus 3 PhD students who serve as research assistants.

John embodies CTSI’s commitment to mentorship. He is a remarkably creative and generous mentor for faculty, staff, trainees, and CTSI scholars, helping them learn quantitative science and expand their capacity for critical thinking. So many have advanced their research careers under his mentorship. He sets a standard for kind and thoughtful guidance and inspires others to follow his example.

Since then, John has worn the hats of researcher, teacher, and administrator. He built a national reputation as a premier biostatistician and served as the Head of the Division of Biostatistics at the School of Public Health for several years.

John’s research has focused on clinical trials and the development and operation of clinical trials coordinating centers. He served as PI of several multi-site clinical trials and has made numerous scientific contributions, including those that help us better understand lung health, chronic obstructive pulmonary (COPD), and diabetes. In addition, John also has extensive experience as a member and chair of Data and Safety Monitoring Boards (DSMBs), and played a key role in the Midwest Area Research Consortium for Health (MARCH) DSMB.

We’ll miss John’s thoughtfulness and generosity, and having such a knowledgeable, broad-minded, kind, and supportive leader and mentor on our team.

For more than a decade, Cynthia Davey has been both a highly sought-after biostatistical collaborator to researchers and an outstanding BDAC Associate Director.

Her warm, yet straightforward style, sharp analytical skills, biostatistical expertise, and collaborative approach have made her an incredible asset to CTSI. Cynthia’s effectiveness as a manager combined with her ability and commitment to building relationships contributed significantly to the center’s growth over the years.

Prior to working for CTSI, Cynthia was an instructor for the School of Public Health’s Division of Biostatistics and a Research Fellow for the division. She also had a major role in the James Boen consulting center in the Division of Biostatistics, long before there was a CTSI or CTSA. Cynthia began her University of Minnesota career in 1999, shortly after completing her MS in biostatistics here.

We’ll miss Cynthia’s leadership, warmth, sense of humor, and her generosity with colleagues—she has consistently shared in the happiness of her team and devoted her time and energy to elevating and celebrating others.